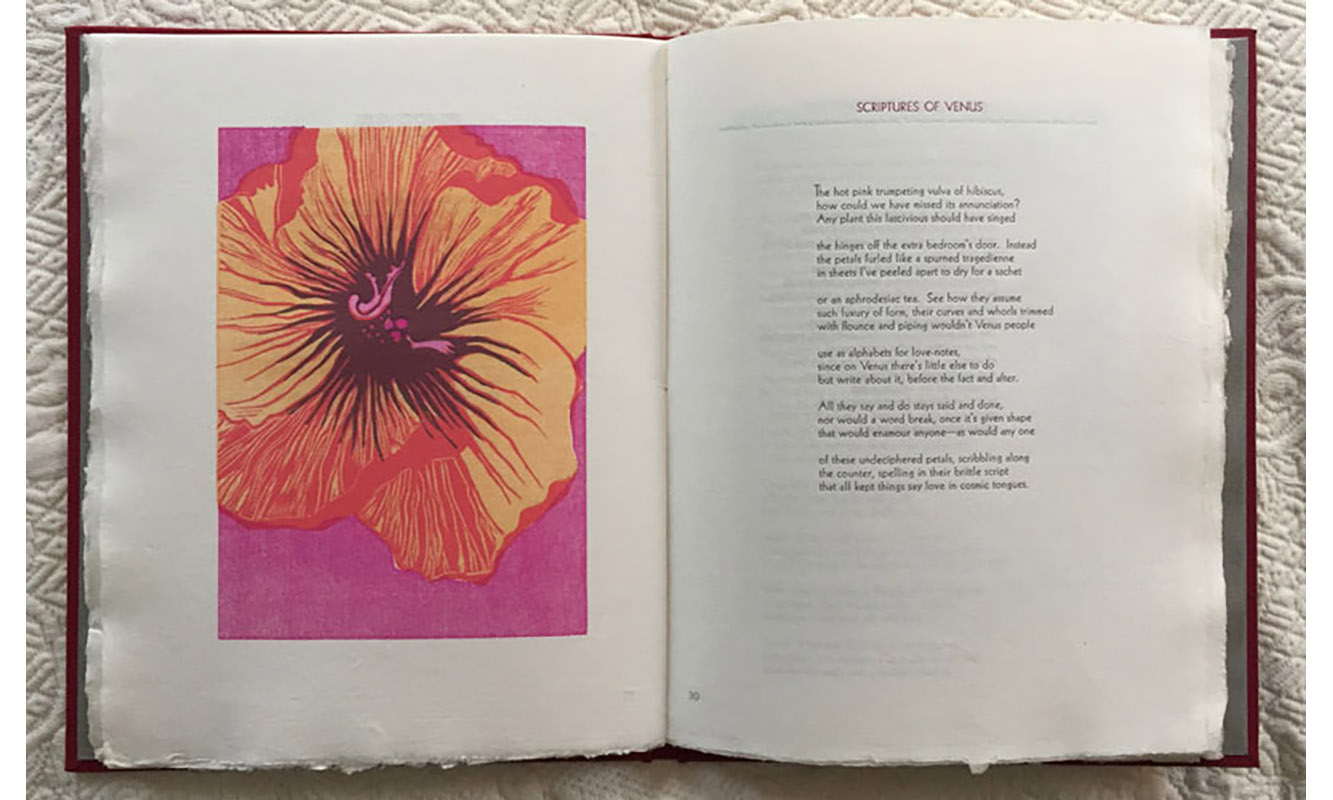 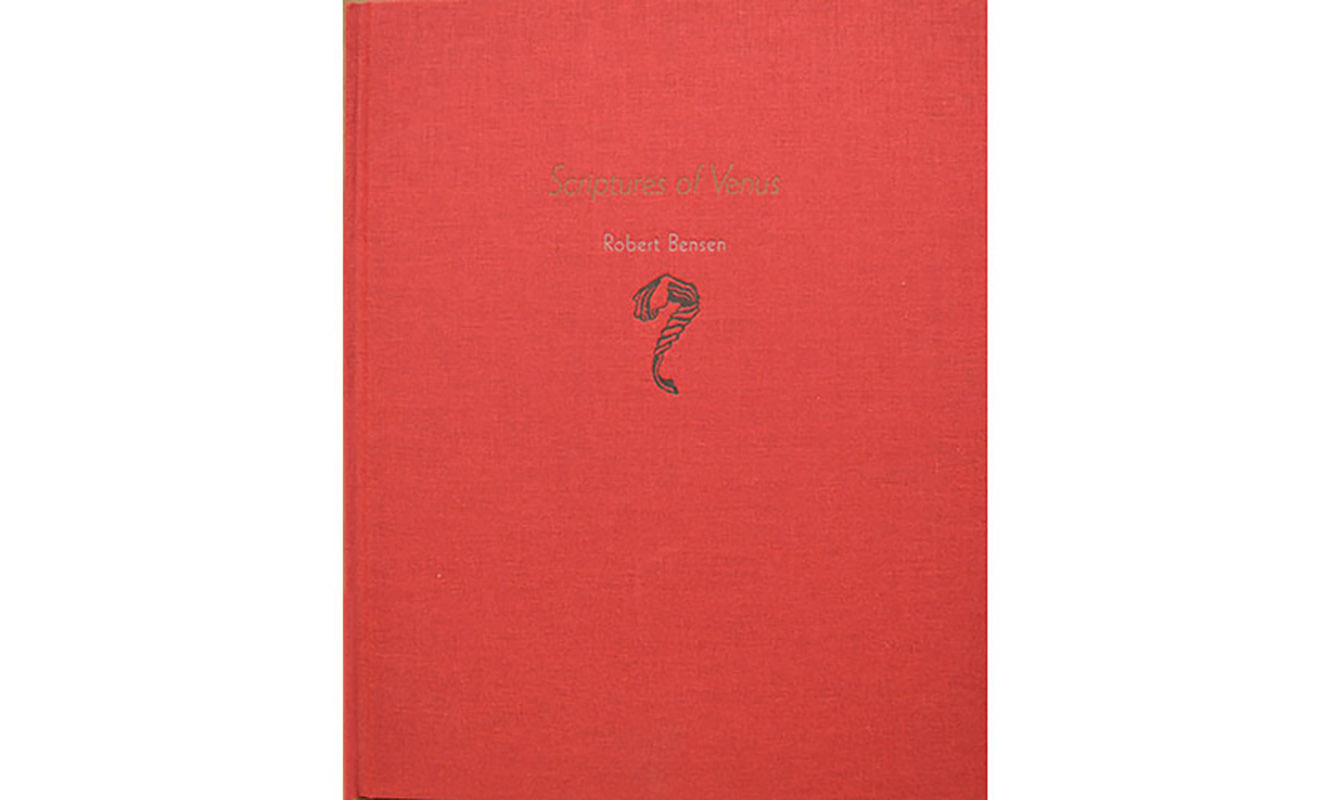 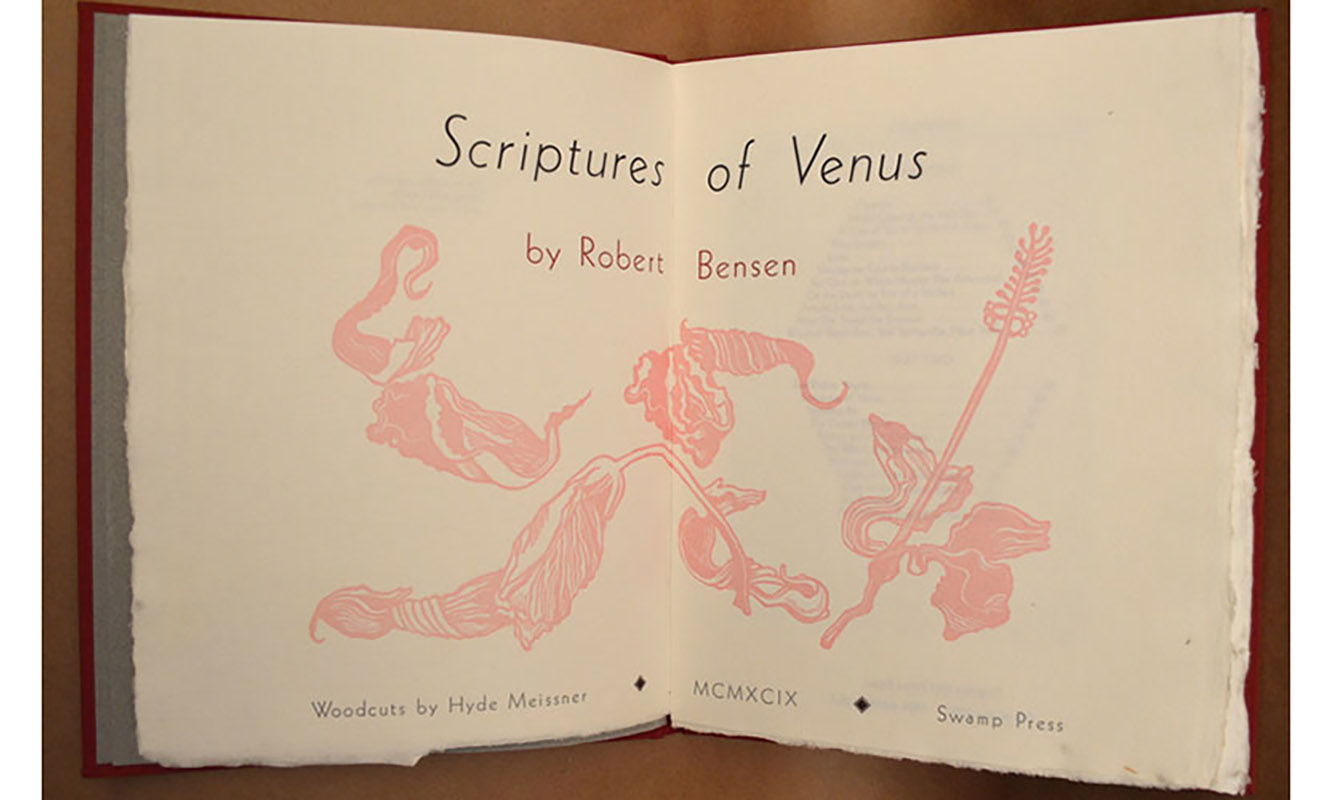 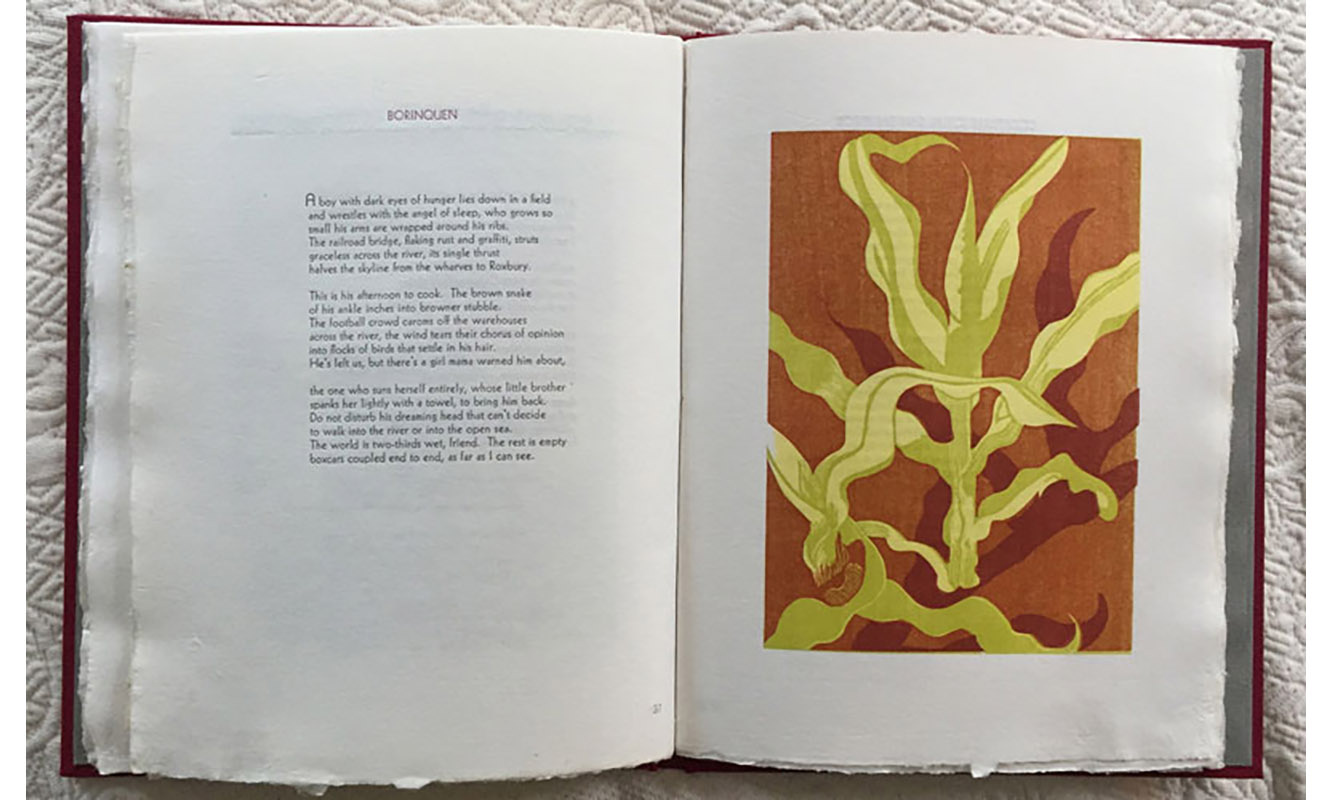 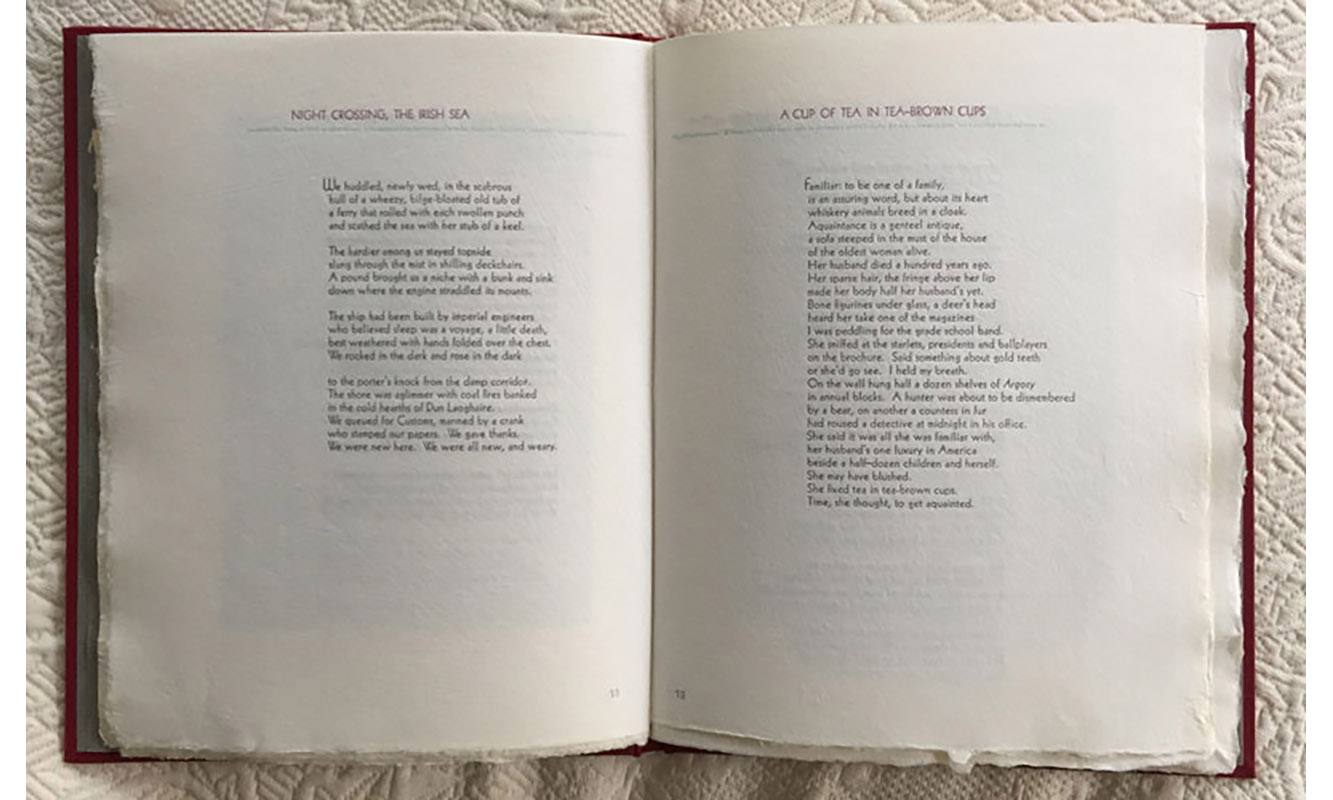 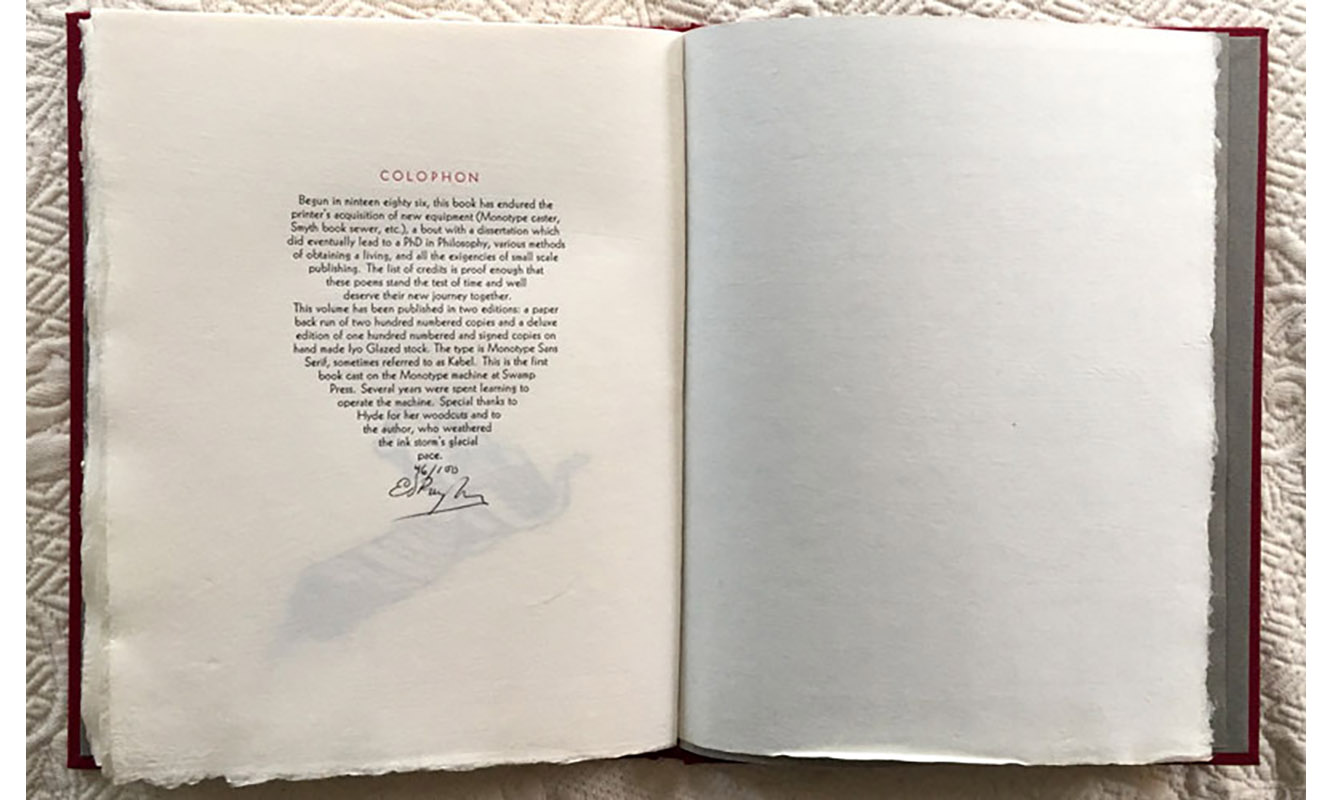 Profusely illustrated collection of poems about love and other things. Iyo Glazed Japanese paper, hand bound hardcover, original multicolored woodcut prints. Under the poems runs Bensen’s take on poetics, in tiny type that functions as a rule. Eight and a half by eleven inches, sixty pages, limited to one hundred hardcover copies signed by the author and printer. $120, $30 softcover edition.

Robert Bensen’s poetry and literary essays have been published in The Paris Review, Callaloo, The Caribbean Writer, Native Realities, Jamaica Journal, AGNI, Akwe:kon, Poetry Wales, and many other journals.

Among his books of poetry, published in collaboration with artists, are In the Dream Museum (with Lebbeus Woods), Scriptures of Venus (with Hyde Meissner), Day Labor (with Phil Young), Two Dancers (with Charles Bremer) and Orenoque, Wetumka and Other Poems (with Phil Young).

His poetry has been awarded a fellowship from the National Endowment for the Arts and the Robert Penn Warren Award, and he has also won several fellowships from the National Endowment for the Humanities and the Newberry Library. He has edited an anthology of poems, Seeing Things (Woodland Arts), from his poetry workshop at Bright Hill Literary Center, Treadwell, NY. He has numerous essays on Caribbean and Native American literature, and edited anthologies of those literatures, most recently Children of the Dragonfly: Native American Voices on Child Custody and Education (U. of Arizona Press).

A major bibliographic study, American Indian and Aboriginal Canadian Childhood Studies, was commissioned by Oxford University Press online. He taught at the University of Illinois at Urbana-Champaign (1968-74), and was Professor of English and Director of Writing at Hartwick College, Oneonta, NY (1978-2017). He now teaches at the State University of New York—Oneonta.