Bakers Dozen Donuts with display stand in metal container. Unique concept for writing haiku, in a circle, no prioritized beginning !

5 inch tin, 4 inch donuts on Crane’s Lettra. Lanston Reproducing Typewriter type. Edition is 250 books. $19 each or $35 for one of the 26 lettered and signed copies. 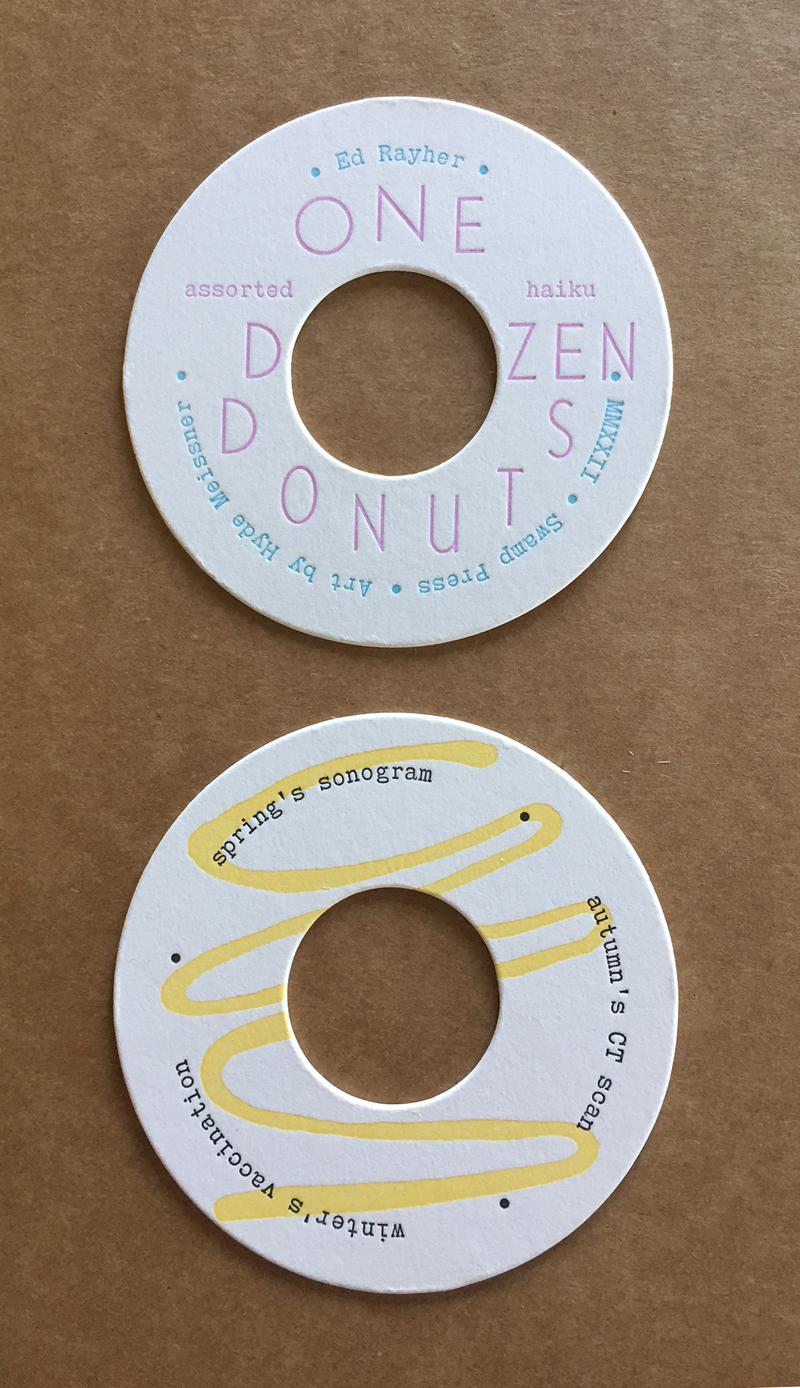 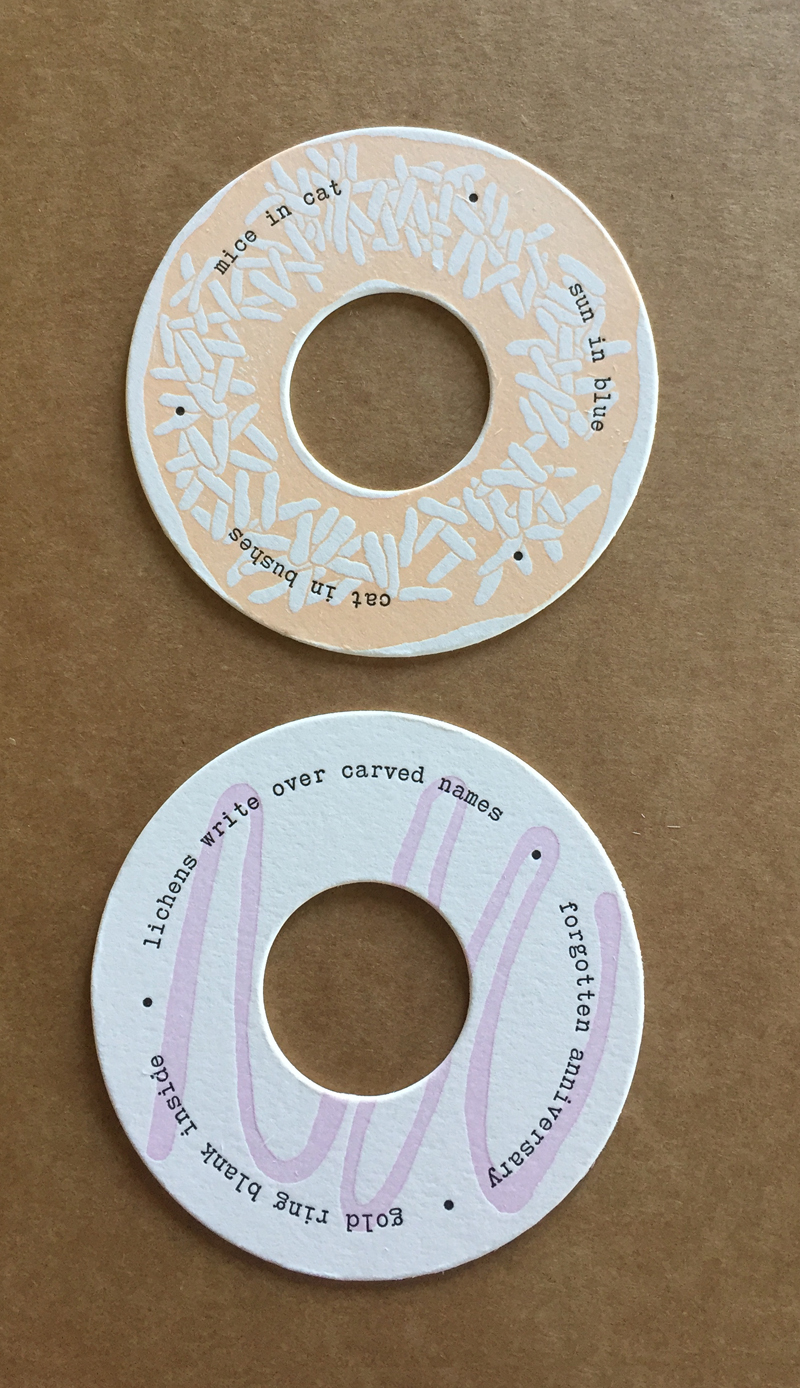 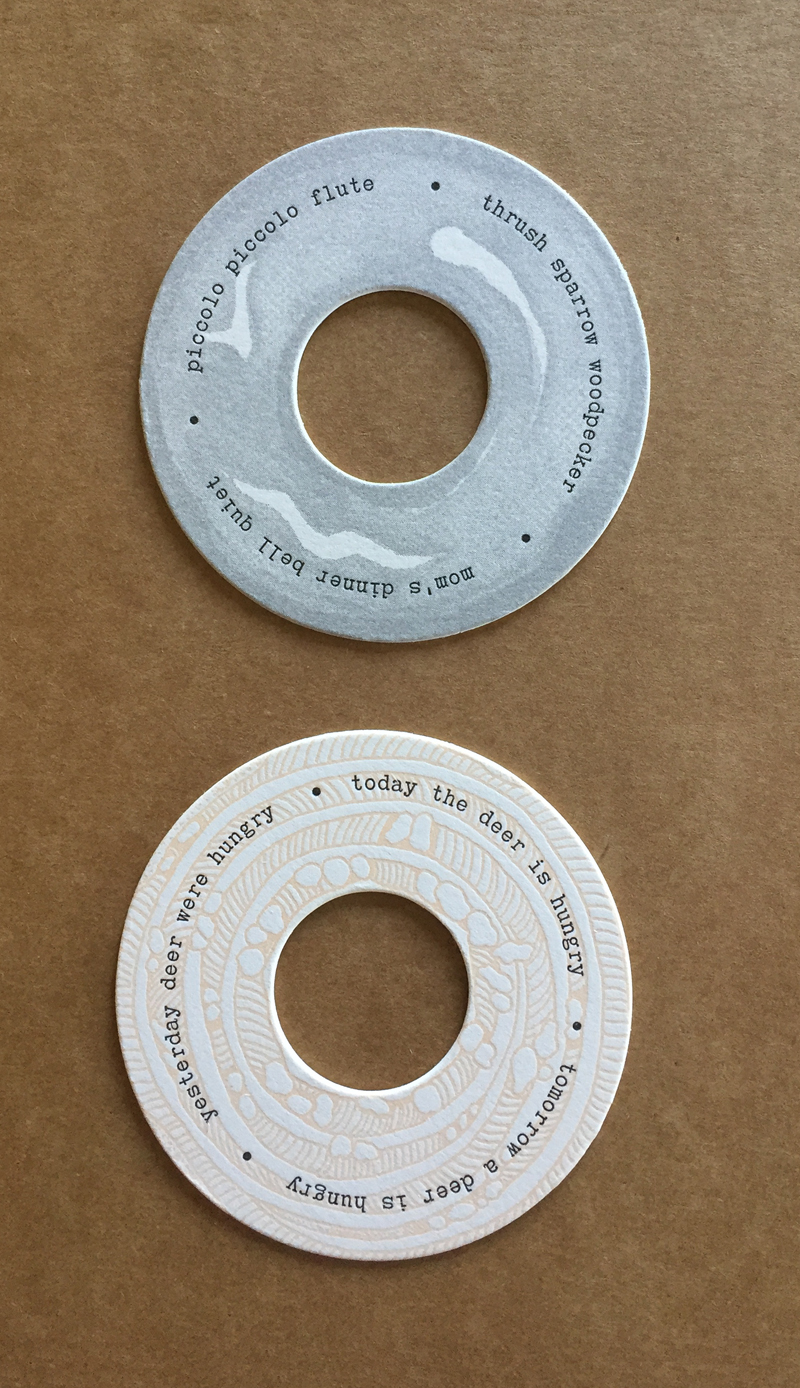 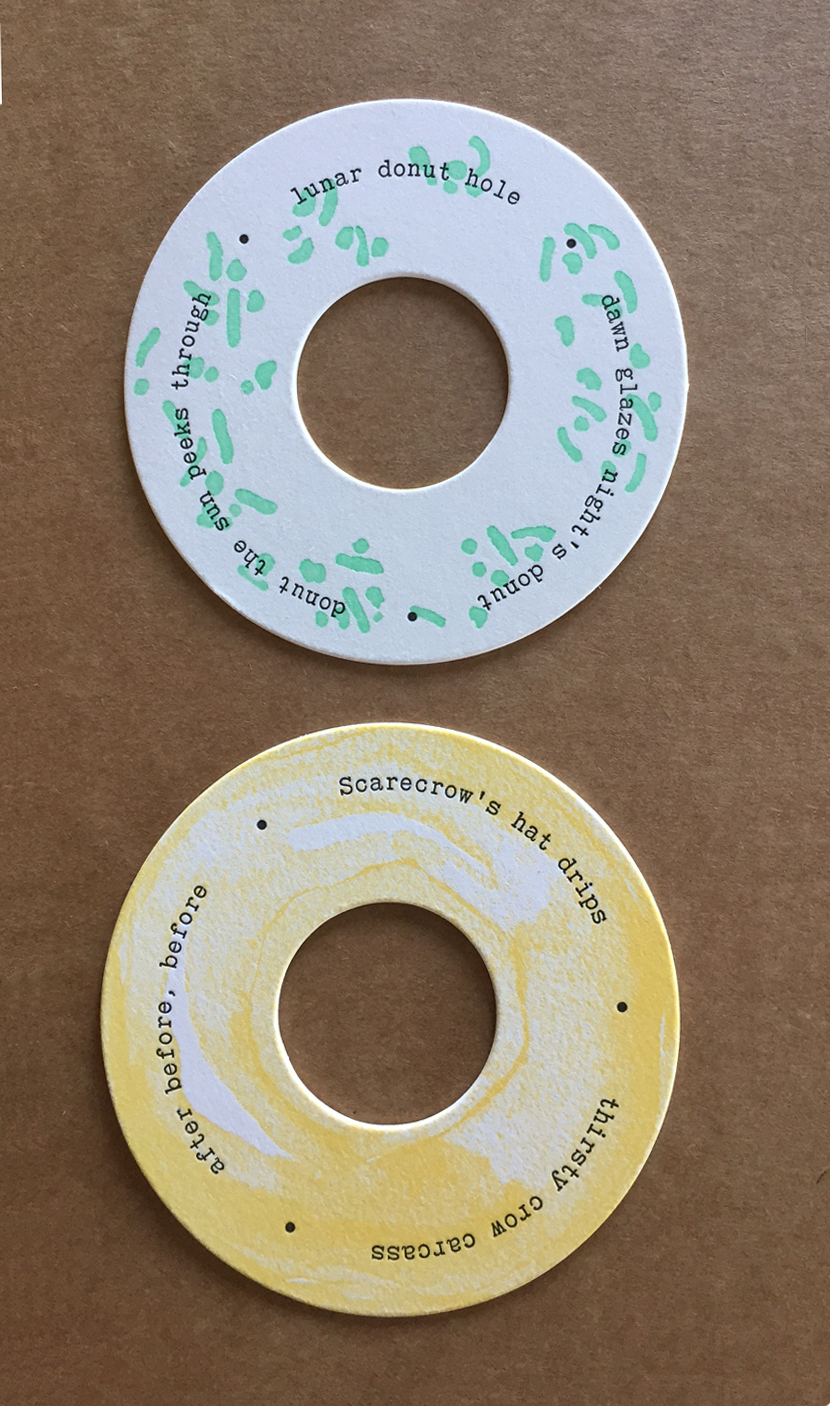 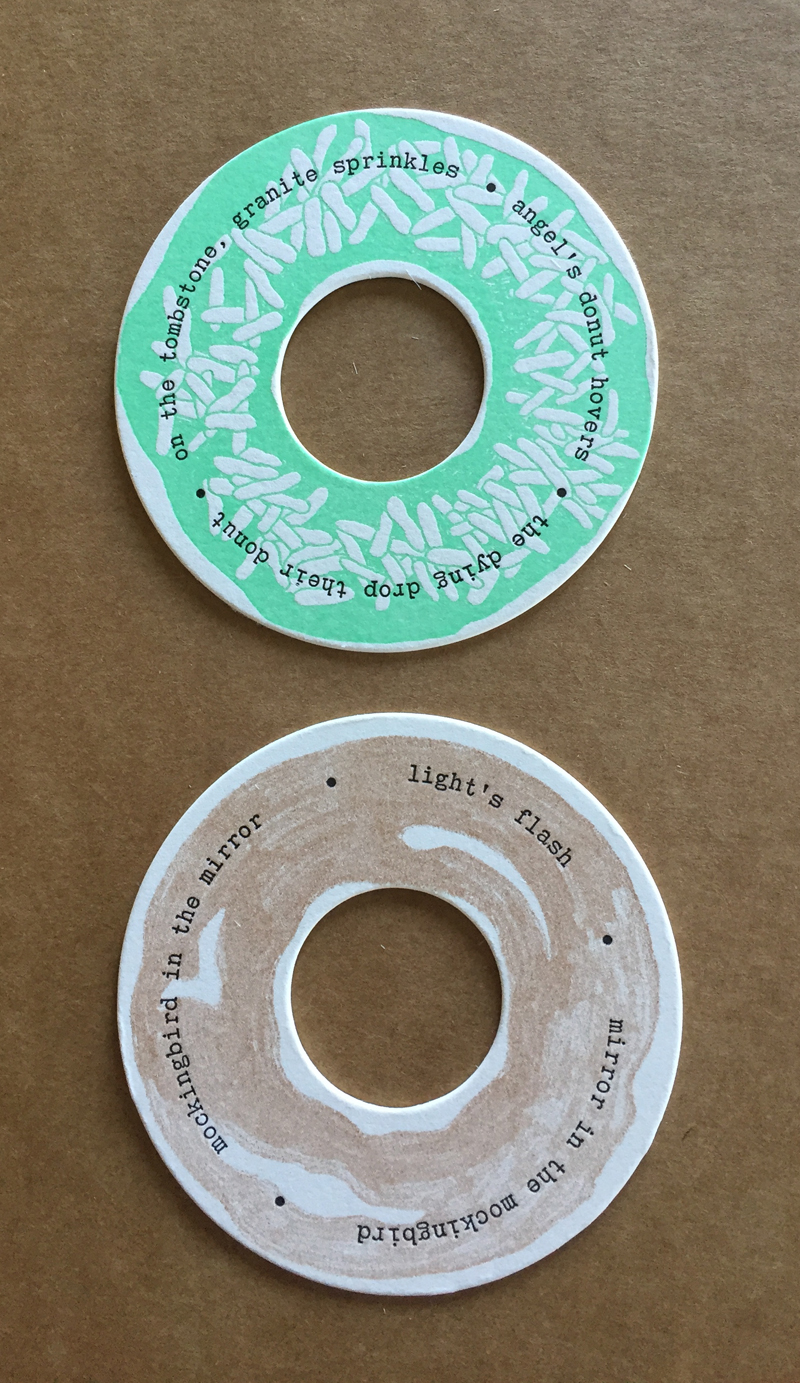 Haiku is a brief form with an eternal heart. Essential is expression within one breath, along with a tri-part structure. I especially love such poems where the second line modifies the first, and the third synthesizes the second & first into an ineffable epiphany / insight / emotional response / synthesis.

Built into traditional haiku is a hierarchy, both mechanical and experiential. Poems are read in a top / down sequence. However breath itself has no such hierarchy, for it is a cycle; the serpent eating its tail. The Donut goes to the heart of haiku by making the three parts equal, without hierarchy. In that sense the Donut Haiku is a new form — one which affirms the circularity of breath and the equality of all parts. The Donut Poet is an adventurer in a new land.